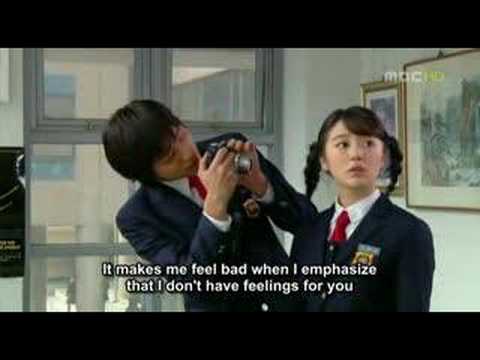 North Korea in dramas are progressive and surprisingly hopeful for unification (oh, and they have nuclear capabilities)

All North Korean military training segments must be based on the movie Full Metal Jacket and involve a female protagonist.

When there is a bomb in your treadmill, keep running fast even though walking will not set off the bomb,it is not dramatic

An international incident and implications of terrorism are not as important as the embarrassment of showing your panties locked in a black briefcase.

Quote: “Korea is not the only country in the world.” According to Korean Dramas: “no but is it most important!”

Tear drops are synced to fall at a dramatic crescendo of a constantly repeated soundtrack.

The new wife will never cook well for her husband until her mother-in-law puts her through “spoiled son” boot camp.

Be it king or person from high society, the most desired food is instant ramen.

Important notes and business cards have a tendency to fly off on their own.

America on Green Screen is prosperous, clean, and full of Koreans that speak Konglish.

When a character drives an American car, he is obviously evil.

The ultimate sign of craziness is to throw and break your Samsung cellphone.

When someone is obviously your daughter it only takes 17 episodes to discover it.

Old rich people with stairs tend to fall down them…dramatically.

The evil guy will still be evil. Don’t get in the same car as him regardless of his promises.

Two evil people dating and trying to lie to keep up lies are still good looking but with more eye shadow.

One of the best ways to calm down if angry is to drink water in one gulp and slam down the glass.

A recent trend in death of the main character in a drama is by a mysterious shooter. Can you say sequel?

Capris with a v-neck t-shirt, fedora, and a blazer is the height of fashion according to the fashion king.

A nose bleed is a sign of cancer. If the lead character gets one they will die by the last episode.

Quote: “it is useless to dwell on the past.” Taemoo 1 day after a hit and run which sends Park Ha to the hospital.

Breaking up: “It’s not you, it’s your poor upbringing and ancient family curse & I am really a dude and your brother.

One thought on “Korean Drama Wisdoms by Daniel Grey”