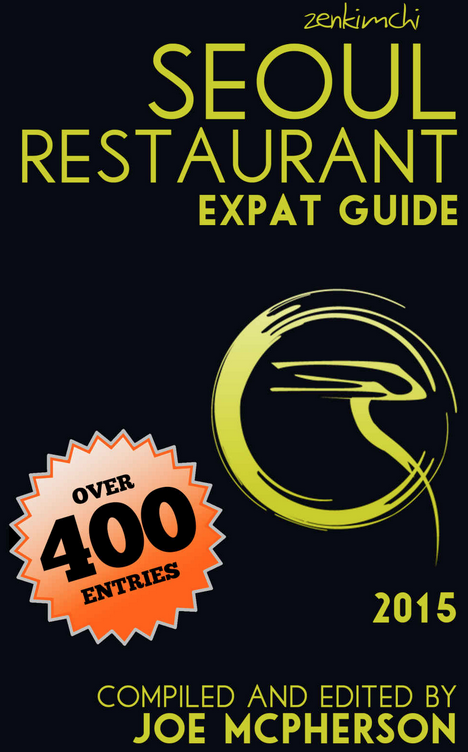 There is a reason there aren’t many restaurant guides for Seoul. To paraphrase a famous hitchhiker’s guide, Seoul… is big. Really big. You just won’t believe how vastly hugely mindbogglingly big it is. It is impossible for one person with one stomach and a limited budget to cover this vast city. This is also a volatile restaurant market. Seoul has one of the highest restaurants per capita in the world. Competition is deadly. By the time a restaurant guide goes to print, some restaurants are gone. A year after publication, and over thirty percent are gone. This guide remedies that. As an e-book, The Seoul Restaurant Expat Guide 2015 is regularly updated all through early 2016, when the new edition will be released. No more outdated restaurant info. You have the latest and greatest restaurants on your Kindle.

Why an expat guide?

This guide cuts through the bull.

The restaurants included come from ZenKimchi, Korea’s longest running food blog, and are crowd-sourced from the active foodie community in Seoul. Included are not only reviews but real comments. Candid comments. Unfiltered, though edited for legibility. Those can be the most informative and the most entertaining, especially the haiku reviews.

The guide’s content comes from passionate expats and English speaking Koreans living in the Seoul metropolitan area. They know the city intimately. It’s real Seoul food. These are not only the best international restaurants but also the insider scoops on authentic Korean restaurants that will make your friends envious at home. For the foodie traveler, this is your essential Seoul travel guide.