Great article from: http://www.koreaboo.com/
Non-cable TV stations in Korea have some strict policy when it comes to sexy, and these artists had to change their choreography to be allowed on stage!

2. SISTAR (So Cool) – “Hip gesture”
The move where the girls shake their hands behind their hips was banned by the big 3 TV stations and the girls were forced to remove the gesture in their performances on stage. 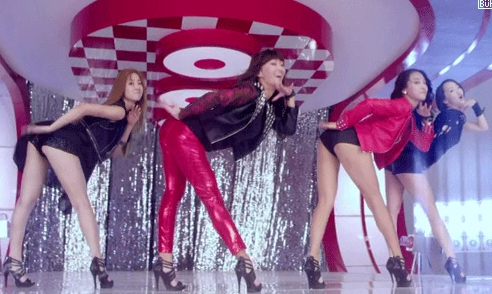 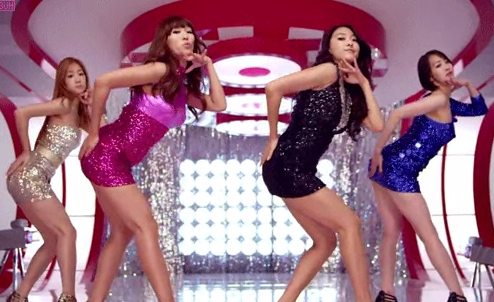 3. Rainbow (A!) – “Shirt lift”
The song A! gained popularity partly due to its signature move where the girls pulled up their shirts to reveal their abs. The move was considered too racy and the group was forced to change the move.

4. Sunmi (Full Moon) – “Sensual leg splits”
Sunmi who splits her legs open sensually during the MV of ‘Full Moon’ was forced to adjust her choreography to not include this part when she performed on KBS, SBS and MBC.

5. Dalshabet (Look at my legs) – “Tear-away skirt”
Dalshabet’s initial choreography included a dress which they could open up to show off their legs. They wore short pants underneath but the move was deemed too sexual and banned.

6. Dalshabet (BBB) – “Chest Rub”
Dalshabet received yet another strike with their song ‘BBB’ during which they stroke their chests. The move was considered too sexual and they were forced to adjust their hand placement.

7. EXID (Up Down) – “Hip thrust”
The rising song ‘Up Down’ was initially banned by the big 3 stations in Korea for its signature hip thrusting move. The girls adjusted the move when performing on non-cable channels.

8. Cross Gene (Amazing) – “Hip thrusting”
Cross Gene was one of the only boy groups to be banned for their sensual moves. Their hip thrusting was apparently a bit too much for non-cable TV and they were forced to adjust their choreography.

9. AOA (Mini Skirt) – “Butt wiggle”
The entire choreography of ‘Mini Skirt’ was riddled with suggestive choreography and they were forced to edit such moves out when they were banned from performing on KBS,SBS and MBC.

10. 4MINUTE (Mirror Mirror) – “Leg splits”
4 Minute was banned from spreading their legs during the song ‘Mirror Mirror’ and adjusted the choreography to be able to perform on non-cable TV.

11. Jiyeon (Never Ever) – “Hip rolls”
The choreography during involving Jiyeon’s hips was apparently too sexy for the public and she was banned from performing those moves on stage. 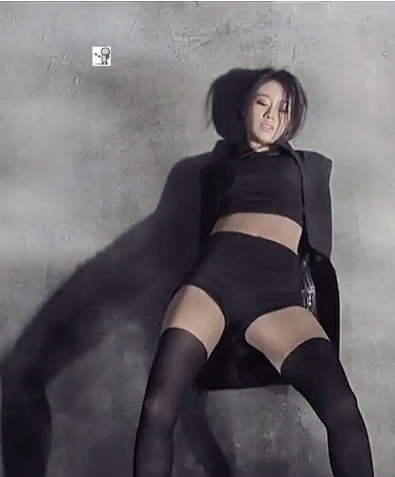